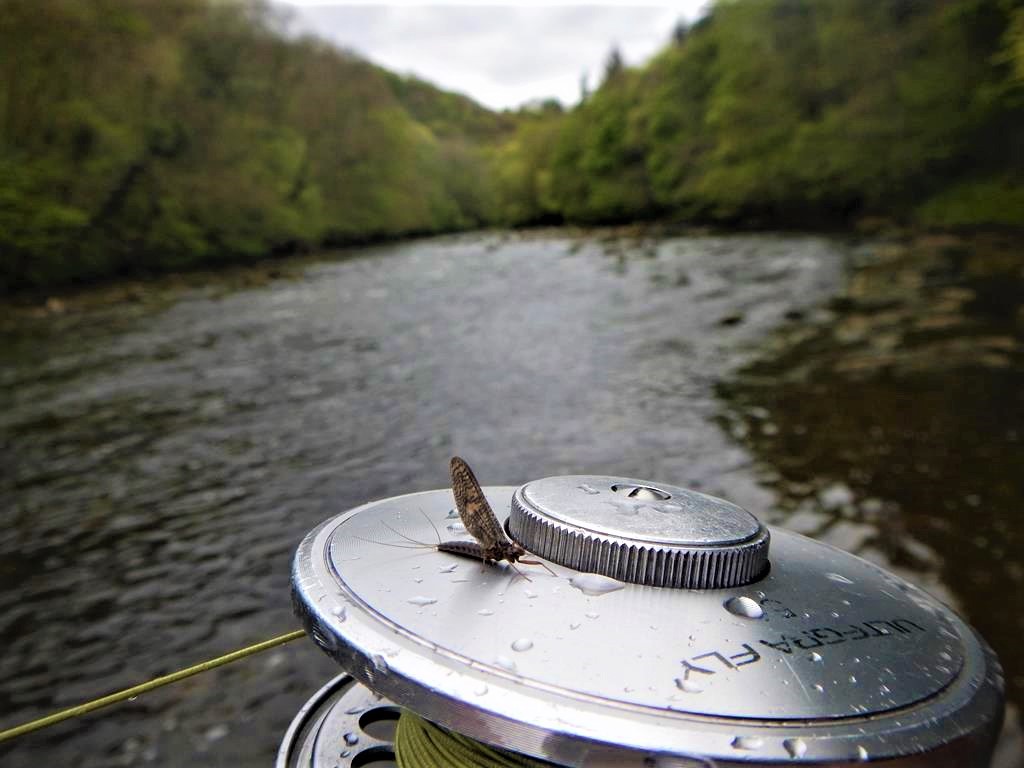 Offering prime trout and grayling angling, the river is mostly fishable from both banks. Each beat has its own interesting challenge with a diverse variety of runs, pools, riffles and glides, perfect for all traditional fly fishing techniques.

Our River keeper has a broad-ranging role looking after the river, the hatchery and the banks ensuring all members and guests have excellent fishing.

We stock the river at least every Spring with trout raised in our own hatchery. Improved maintenance of this site has ensured a healthy and abundant fish life in the river and many of the trout caught exceed 2lb and occasionally even 5lb.

Trout and grayling respond well to all fly fishing methods. Superb sport can be had with dry flies, nymphs and of course, North Country Spiders.

The club is conversant with the current Environment Agencies (EA) regulations on stocking rivers with diploid fish. Our waters do not have any spawning streams and the river suffers from spates so officially we can only stock the river with triploid fish. We didn’t think this would be advantageous to the fishing so sought help from the EA and they have approved a unique investigation.

Under the new regulations, it is possible to stock the river with trout bred from the wild trout present. However, once they have reached a suitable and sustainable size, the bred trout must be returned to the same stretch of river.

The Club applied to the Environment Agency to stock the river with diploid fish reared by the Club.

The EA has given us permission to research the impact of enhancing the river with our own bred trout. Many members are taking part over a 5 year period. It began in March 2025 and we believe that this is the only investigation undertaken in a Northern spate river.

One key aim is to try and protect any wild fish breeding in the river itself and by enhancing the population with our own bred trout, our members will still get a good fishing experience.

Members have to record all fish caught, what size they were and on what type of fly. Our bred trout are all marked so they can take large fish but have to return smaller ones.

Consequently we will continue to add diploid trout reared from fish taken from the river. We are examining for any impacts on the wild fish that might be present from breeding in the river itself. Research started in 2015 for a 3-5 year period. The results for the first two years are very good. The results so far have been promising.

All wild trout are genetically diploid. The ova of wild trout are very sensitive and have three sets of genes before being fertilised. After fertilisation the extra gene (from the
female parent) is expelled, leaving two sets – hence a diploid fish.

The extra set of genes are not expelled during fertilisation if the new diploid egg is physically shocked (eg with an increase in temperature, physical shaking or an increase in environmental pressure). The fish therefore will retain the three sets of chromosomes – hence a triploid fish. Triploids are totally infertile and cannot cross fertilise with the wild trout in the river.

Very little information is available on the long term behaviour of triploids. It is reported that they grow large and have larger internal organs than diploids. In addition, after becoming stabilised in the river, evidence has shown that triploids rarely rise to the dry fly.

The Environment Agency recommend that triploid fish should be added to the stretches of the river where wild fish spawn so allowing them to prosper.